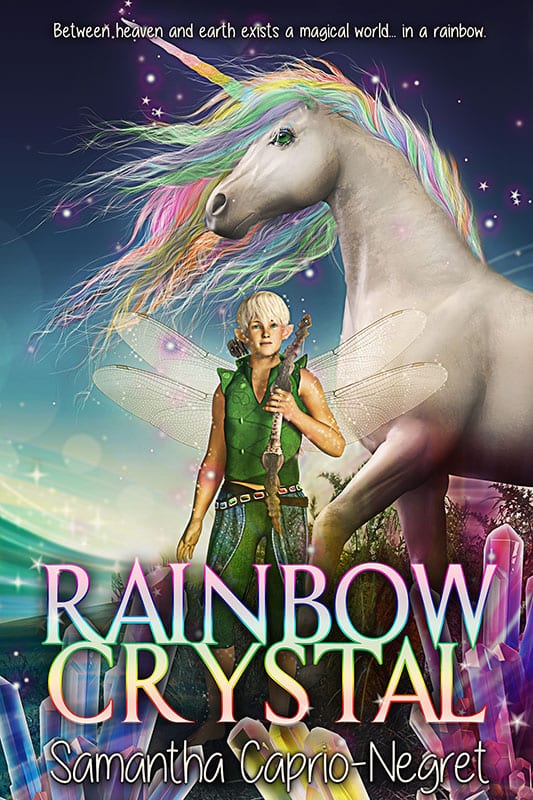 The tragic loss of ten-year-old Seraphina’s best friend, Josie Lee, leaves Seraphina questioning her destiny, until she learns she’s the chosen one.

Everything changes after that. Fate has other plans. A past visit to a psychic and a wish on a shooting star whisks Seraphina away on a quest. She finds herself on a mission to gain order back to a magical world called Raiven with its six different, colored- realms by returning a rainbow crystal back to its wizard owner that was stolen from an evil witch and her trolls. Seraphina will get to see her best friend’s spirit with the help of fairies, pixie dust, elves, and her very own unicorn.

Throughout her journey, she passes a series of tests to find a rainbow crystal that has the power to restore balance to the world. However, Seraphina’s truest test is in discovering self-confidence and hope. Most importantly, she learns that Josie Lee is more of a guardian angel to her than she realizes and has never really left her side after all. It doesn’t even require magic, just a little faith. 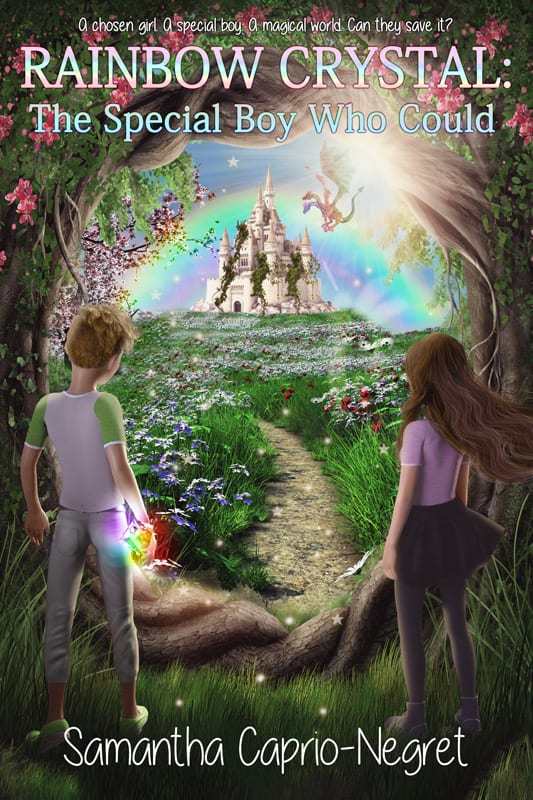 Rainbow Crystal: The Special Boy Who Could

Seraphina’s journey to Raiven two-and-a-half years ago was more real to her than anything she’s ever experienced. All twelve-year-old Seraphina seems to be doing lately is having dreams of Raiven and receiving visions and signs that Raiven and the rainbow crystal are in trouble again. But when she meets two friends who enter into her latest world of middle school – sweet and innocent Ava, and the new, cute kid with autism, Enzo – Seraphina is not the only one having these dreams…so are they. Their message?

Come and bring the Special Boy Who Could.

The three become instant best buddies who not only end up sharing a unique bond, but all share an important role with helping to save Raiven. It’s up to the three of them to unravel the mystery of the Special Boy Who Could – before Raiven and the rainbow crystal are doomed forever.

I got the vibe of NEVERENDING STORY meets  THE SECRET… I can’t wait for the sequel!

Even though this is a children’s book it grabbed me right from the beginning…  as the fantasy unfolds you’re learning life lessons of love, friendship, hope and confidence. I would highly recommend this book for your child.

This book delightfully breathes all the colors of the rainbow to a sparkling life with its detailed descriptions of characters, magical beings and fantasy-filled scenery. A wonderful read for middle-graders that delivers words of wisdom, hope, and everlasting love.

Samantha graduated with a BS in Journalism from Florida International University in 2003. She wrote and reported entertainment scripts that were aired on FOX WSVN 7 in Miami, FL and OWL Radio at Florida Atlantic University in Boca. She is passionate about writing and has been writing short stories and poetry since she was a kid, after learning that her favorite grandmother was a poet. Samantha began writing children’s stories in 2004 and has completed a 62,000 middle-grade, fantasy called, RAINBOW CRYSTAL, which was released on May 15, 2018 with CLEAN READS (ASTRAEA PRESS). She has also completed a 18,000 humorous, animal-talking, chapter book called MURPHY: THE PHAT CAT. In addition …more