What an incredible author interview done on me by a young lady named, Sarka, in the UK! Thank you.

Check it out here on her blog: 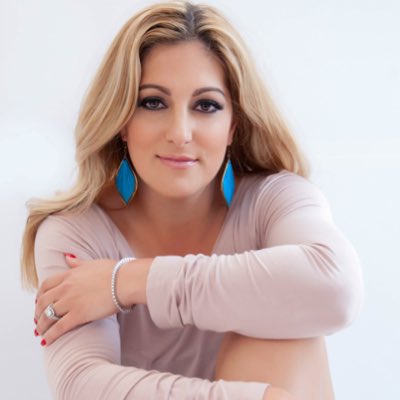 Q: So for the ones who have not read your book can you briefly introduce it? Obviously without giving too much away!

A: The tragic loss of her best friend, Josie Lee, leaves ten-year-old Seraphina questioning her destiny, until she learns she’s the chosen one. Seraphina is whisked away by a frantic, talking butterfly on a quest to bring order back to a world inside a rainbow called Raiven with its six different, colored- realms by finding and returning a powerful rainbow crystal back to its wizard owner, which was stolen from an evil witch and her trolls. Raiven is a bridge between heaven and earth; Seraphina is motivated by the knowledge that she will get to see her best friend’s dead spirit through magical fairies and their pixie dust. Seraphina will even meet and bond with a warrior fairy-boy and her own unicorn, which she unknowingly birthed through a wish on a shooting star. Throughout her journey, she passes a series of tests and discovers self-confidence and hope with the help of supernatural characters who guide her along the way. Most importantly, she learns that Josie Lee is more of a guardian angel to her than she realizes and has never really left her side after all. It doesn’t even require magic, just faith.

Q: Can you tell us more about the main character and where the inspiration comes from?

A: Seraphina is a nine-going-on-ten-year-old insecure, cuticle-biting, gullible girl who has recently moved from NJ to FL. She is afraid she won’t make any new friends in her new hometown. She wants to escape her reality, because of parents who just don’t understand her pessimistic attitude about it, and her special-needs’ older sister who can drive her crazy. That is until she meets and befriends Josie Lee, and they become inseparable best friends and soul sisters. Seraphina then starts to let her personality and strength come out and unfold. After the tragic loss of Josie Lee, Seraphina learns she is the chosen one with a very important mission in a magical world. Through her journey, she passes a series of tests that teach her life lessons about love, true friendship, hope, and courage.

This book was inspired by the real-life friendship and loss of my own best friend. Through my grief, and for my own therapeutic reasons, RAINBOW CRYSTAL, was written an manifested.

Q: And how do you relate to the story?

A: In so many ways, because Seraphina is based on my character as a child, real-life parents, and special-needs’ sister. Seraphina’s best friend in the story, Josie Lee, is based on my childhood friendship and loss. Both of our realities inspired parts in my book, but obviously, it’s the fantasy elements that are fictitious. There are some conversations and things in the book, though, that really did happen in the past. For example, we did that cutting of our thumbs so we could become blood-sisters.

Q: What message do you want your young readers to take away from the book?

A: Real friendships will stand the true test of time and space and life events (good or bad). Childhood friendships define us and change us. They are essential to our well-being and mold us as adults. Also, we all have our realities that we’d like to escape. I created a world where kids can be able to do that, if they feel the need to from time to time. Especially, if they are dealing with their own loss. I want them to know death is not the end. Our souls just transcend to another realm. Our loved-ones are there, watching and guiding over us. Also, we will come out of the other side whole again. We may feel broken and hopeless, but the rainbows are a sign for us to never lose that hope. Sometimes, we just have to hold on a bit longer — we have to weather that storm to get to the rainbow. Life will move on and so will passed souls, however, the love and memories will never go away. Those people, friendships, love, and time shared will last for eternity. “That” is what will give us faith, hope, and the strength to go on. That strength is more powerful than we even realize; it’s through that courage that we will learn more about ourselves than we ever knew was even inside of us. Magic exists — it’s in the belief that greater and much bigger things are in store for us. But, you musn’t ever give up.

Also, I wrote this book to honor the life, memory, and influence of my best friend. I hope and believe (somewhere she’s watching), and I have made her proud.

Q: Did you always want to be a writer?

A: I didn’t know that I always wanted to be a fiction writer (like as a career), but I’ve been writing since I was a child. It started with short stories and poetry. I graduated from Florida International University with a BS in Journalism/Broadcast and really learned the craft of writing/grammar. I briefly wrote for WSVN 7Entertainment News (Deco Drive) and for Traffic Pulse Networks doing traffic producing. After graduating and taking months to find a job as a broadcaster, I began creative writing on the side. I first had an idea about a humorous, animal-talking chapter book (early reader), which was inspired by my fat, 35 lb., black cat named Murphy, and all the pets I’ve owned over the years. My husband and I are huge animal-lovers! So, I always wondered what they would sound like if they could talk, based on their personalities. Through that, my first children’s book was written and created, MURPHY: THE PHAT CAT. By the way, I just received a publishing contract on this book two days ago from Burchette & Ferguson. RAINBOW CRYSTAL was actually my second children’s book written. It was published on May 15, 2018 with Clean Reads (Astraea Press).

Q: How long did it take you to write Rainbow Crystal and can you tell us a little bit about the writing process?

A: I started writing RAINBOW CRYSTAL in 2009. Overall, it was a very long and strenuous process, but I took breaks in between — having my two children and writing and working on a screenplay. Yes, I am also a screenwriter. I had many years of critiques, revisions, and a writing coach help me with it. It was not an overnight success. I submitted for a couple of years with many rejections, until one day I participated in #Pitmad on Twitter. I received a like on my pitch from an editor, submitted to her, and signed a week later. The rest is history.

Q: Anything you would like to say to your readers?

A: I loved working on RAINBOW CRYSTAL. It brought me so much joy, and it was my therapy during a dark place in my life. Something magnificently beautiful came out of that darkness. With that being said, writing a novel takes years and years of practice, hard work, perseverance, and patience. I believe in doing what you love — living your passion — whatever it is. However, in order for anything to be successful, you must work hard at it and never ever give up, even when people tell you, “no.” Most importantly, you must never stop believing in yourself and your dreams.

Q: And the last question: What is next for you? I am sure the readers are already anticipating a book number 2!

A: Yes, there is a book number 2. I’ve started writing the sequel. I’m four chapters in with, RAINBOW CRYSTAL: The Special Boy Who Could. Two new friends will enter in. One will be an autistic boy with special powers who will change Seraphina’s destiny and enter into the magical world of Raiven with her. There will also be an evil warlock with his two gargoyles and personal dragon. I can not say more than that… you will just have to stay tuned and read it to know how the story ends.

Q: Thank you so much for the interview! I appreciate you taking the time to answer my questions and all the best on your writing journey!